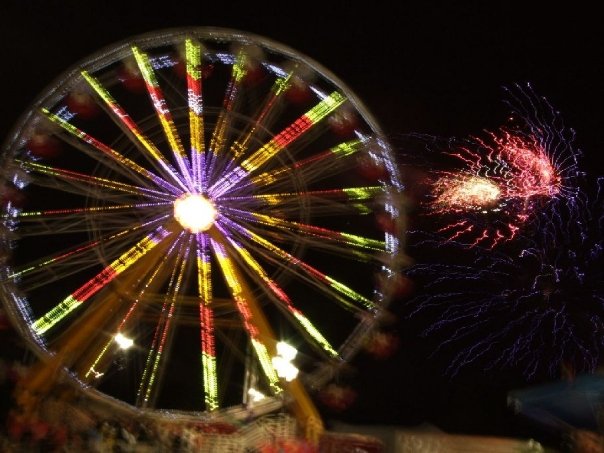 To most people, autumn means the color change of leaves and cozy sweaters. To others, pumpkins and spiced treats. But to me, growing up in North Carolina, autumn meant prize-winning pigs, boiled peanuts, and cotton candy. The fair had come to town.

Every fall was marked with the smell of popcorn and funnel cakes. Fingers covered in powdered sugar and stained by candied apples would dig around in coat pockets to fish out tickets for rides. My mother would hold our fairground grub and prizes while my sister and I rode the Himalaya. This was the true marker of the season’s change, a tradition that carried for eleven years straight until I moved to New York.

Here in New York, fall took on a new meaning. Fall of 2002, I entered my Senior year of high school. Fall of 2003 was my Freshman year of college. Fall of 2009, my nearly five year relationship ended. I was devastated and struggled to find comfort. Here held too many memories of the times we were happy… and the times we were not. There was only one place I wanted to be and one thing I wanted to do. I called Mom and told her I was coming home and we were going to the State Fair.

Though it had been nearly eight years since we were all together at the fair, it felt the same as before. Mom still juggled turkey legs and stuffed animals and we still rode the Himalaya. The carnival noises and lights still made my eyes go saucer wide. I was surrounded by love. And there, between bites of smoked turkey legs and watergun games, my autumn, which started with heartbreak, experienced a change of its own.